It should be noted that this type of scam is very similar to the modern romance scam except that the fraudsters in an investment scam do not use romance to attract their victim.

If any of the scenarios described below sound familiar, it is very likely that you have been a victim of fraud and should take immediate action to avoid incurring additional losses. You can read our Guide on Cyber Fraud and Recovery in Hong Kong, which we hope will allow you to take the necessary steps before it is too late.

Other fraudsters choose instead to advertise on forums and over social media (Facebook, Instagram), claiming to be a stockbroker, a portfolio manager, or working for a hedge fund, and offering low-risk investments in overseas companies with high returns. They tend to have photoshopped graphs showing the incredible returns that their investments have generated.

Fraudsters that rely on dating application to approach their victim typically use the romance scam approach to ensnare their victims.

Fraudsters have evolved and have become quite savvy. Their scams are extremely elaborate; often masquerading as a legitimate enterprise and in certain cases, they are almost indistinguishable from real companies that they are masquerading as.

The victims have, almost invariably, done some form of basic due diligence and the fraudsters have anticipated the steps taken by the victims. The fraudsters have become increasingly better at grounding themselves in reality; they use existing public information available on the web about an existing company which blurs the line between reality and fiction for the victims. The fraudsters are able to evade basic forms of due diligence and defraud their victims with impunity.

It is very common for fraudsters to create a fake website purporting to be the official website of an existing legitimate brokerage firm or being a local branch of the legitimate business. In some instances, we have seen fraudsters putting more consistent and elaborate branding than the real company that it was pretending to be. In one particular instance, the fake website ranked first on Google whereas the legitimate company was very difficult to find.

This type of scam usually involves communications with some fake employees pretending to be working for the fake brokerage firm. They are often only communicate by email or via instant messaging applications. They are usually the person assisting the victim to be onboard onto the fake platform and will often tell the victim where to which external account the funds should be remitted to. These people are usually the fraudsters themselves. It is done to ensure that the victim feels safe and trusts the fake brokerage firm.

Fraudsters often successfully onboard their victims using fake trading platforms which operate on hacked versions of the electronic trading platforms MetaTrader 4 (“MT4”) and MetaTrader 5 (“MT5”), developed by Metaquotes Software Corp. These hacked copies of the MT4 and MT5 platforms allow the fraudsters to simulate transactions and update the stock prices to mirror reality and give a false sense of confidence to the victims. The victims then emboldened by the gains they believe they have made on the fake trading platform, and then usually invest more money, trying to capitalise on the perceived opportunity. 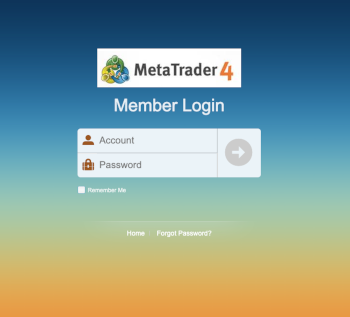 Above is a screenshot of a typical MT4 fraudulent website. Beware if you see a website that resemble the above.

It usually ends with the victim realising that he has been defrauded and the fraudsters stopping all conversations once confronted with the truth.

Keep a Record of Everything

Anything connected to the scam, keep a record of it. The police often relies on the chat records, telephone number, the screenshots of the website, and documents sent during the course of the scam to build their case against the fraudsters.

Report to the Police only the Relevant Parts

Very often, we see police reports that have been filed by clients that are incomplete; they focus on all the wrong things that not particularly relevant to your case. We have prepared a guide on how to file an online report with the Hong Kong Police.

Time is of the Essence

It is important not to waste time and make sure that the scam is reported immediately to the relevant authority.

If you have additional questions which are not addressed here or wish to schedule an appointment to discuss your case, please contact us by telephone on +852 2176 4777 or by email at [email protected].

Victim of an Investment Scam?